My final full day in Rome. What’s on the agenda? The Vatican. I have a Scavi tour scheduled at 9am, and my admission ticket to the Museum is for noon. The hope was that I’d planned for enough time in between to explore the Basilica and eat something—turns out the plan was a good one.
First, St. Peter’s Square, early in the morning. 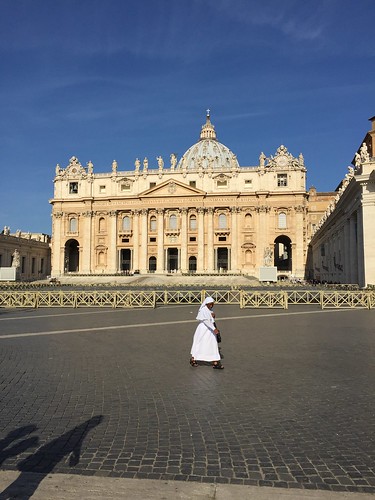 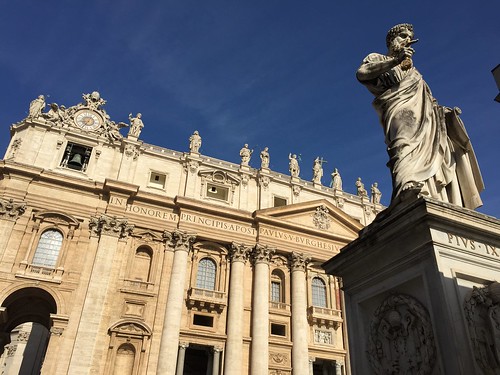 Next, the Scavi tour. No photos were allowed, but WOW—what an amazing experience. It’s a tour of the pagan necropolis below the Basilica; an entire city of the dead. It’s kept at 96% humidity, with sections of the city partitioned off with sealed doors. It makes for a VERY stifling environment. One woman didn’t make it past the first five minutes of the tour—claustrophobia got the better of her. We saw several huge mausoleums dating from the first through fourth century. Eventually, we came to the original shrine from the second century, inscribed with “Peter is here.” Then we saw the box found within that shrine, containing what is believed to be the bones of Saint Peter. One does not need to be Catholic to appreciate the magnitude of that sight, one need only be human.

We completed the tour by walking past elaborate private chapels and sarcophagi of various Popes. When I exited the building, I found myself at the entrance to the elevator to the Basilica, so I bought my ticket and went up. The elevator doesn’t take you all the way, though. Oh, no. It only takes you to the rooftop—to the level with the statues of the saints. 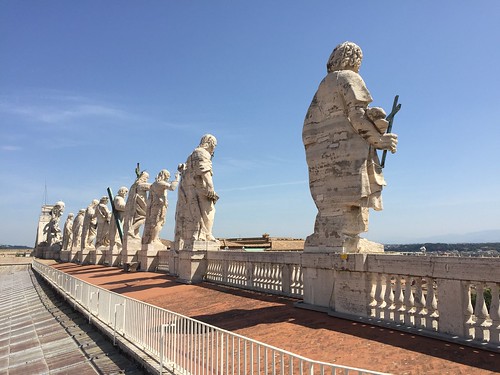 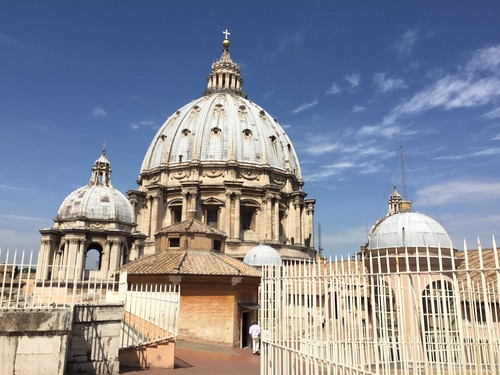 From this level, you can walk into the upper part of the dome and look down on the tiny people… 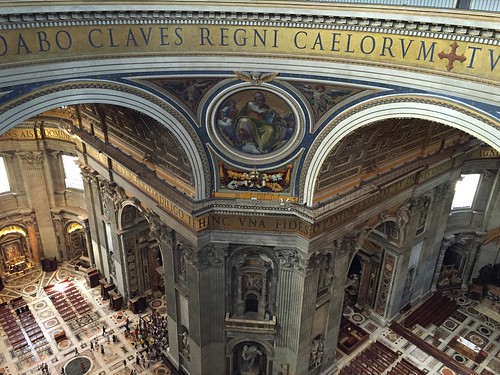 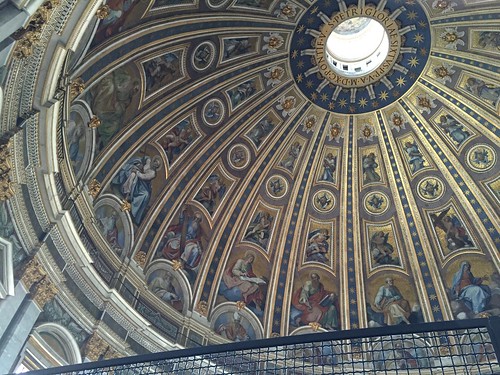 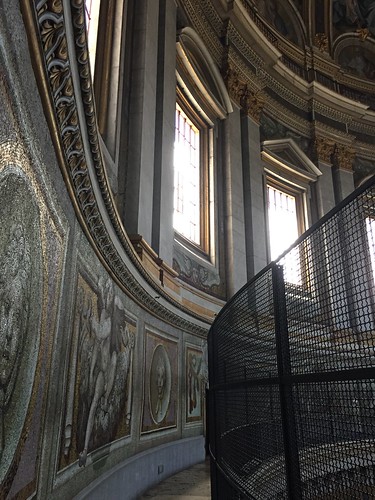 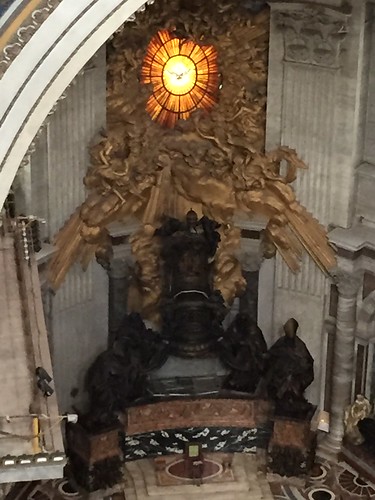 …but you have 304 stair steps to go to the very top. It’s a long climb, and I was suffering—dress code for the Scavi tour required closed-toe shoes, and covered knees and shoulders; not to mention that my physical stamina was wearing pretty thin after nearly three weeks of constant on-the-go. I took many small breaks during the climb, and eventually made it. 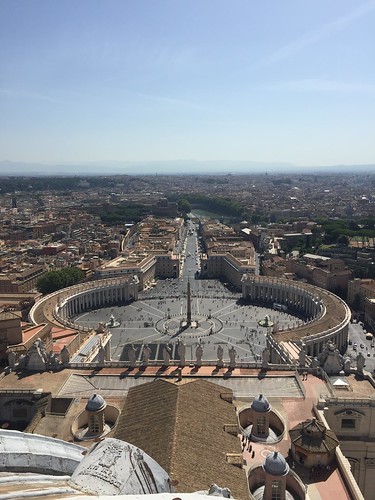 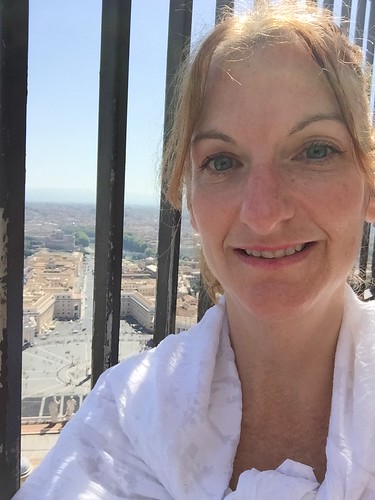 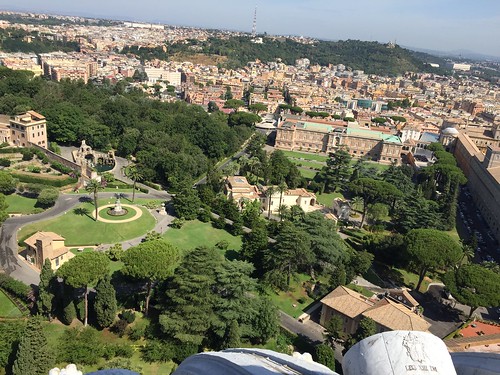 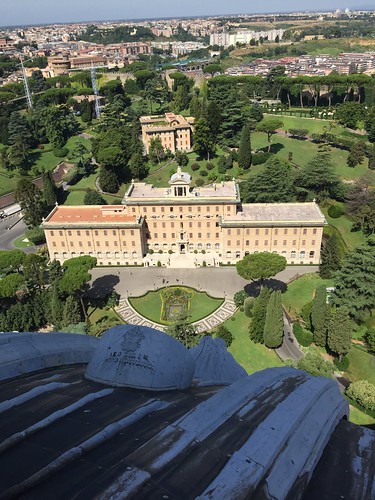 After resting and enjoying the view with some food, I went downstairs to see the interior of the Basilica. 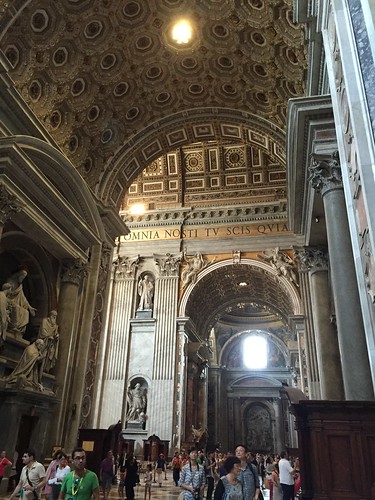 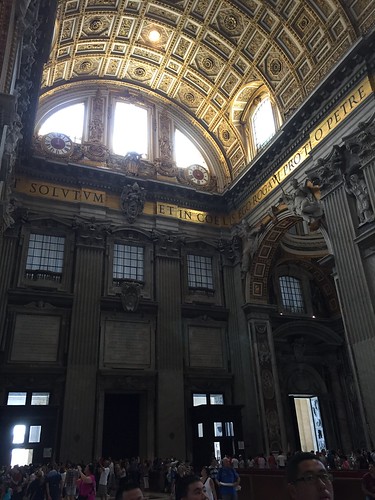 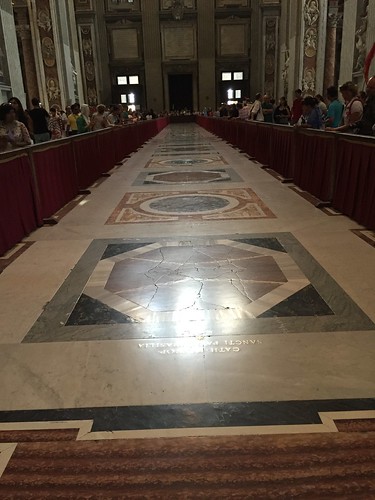 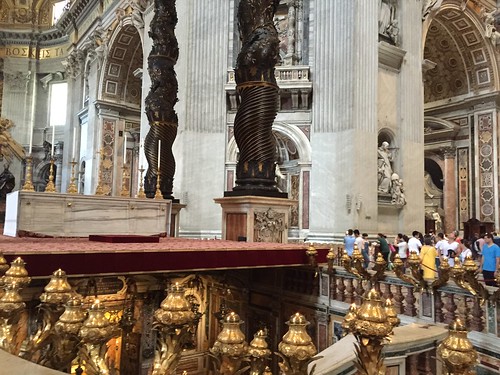 Finally, it was time to head into the museum. I took a long rest before beginning; I was physically suffering at this point, and the Vatican's Museum is over four miles long! 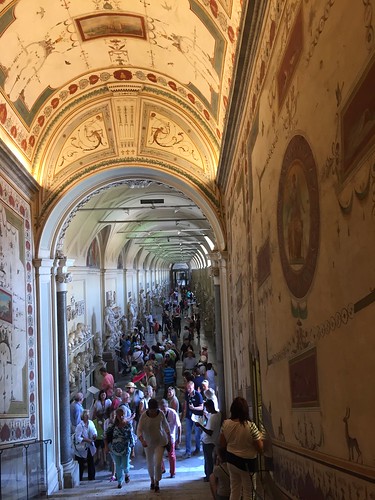 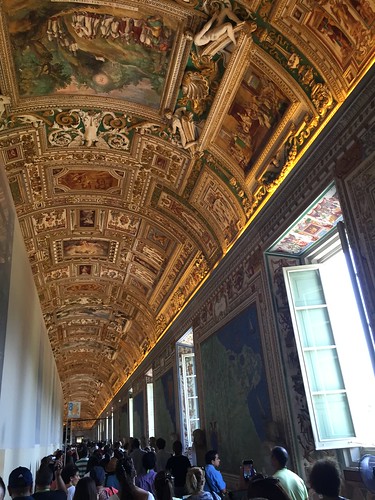 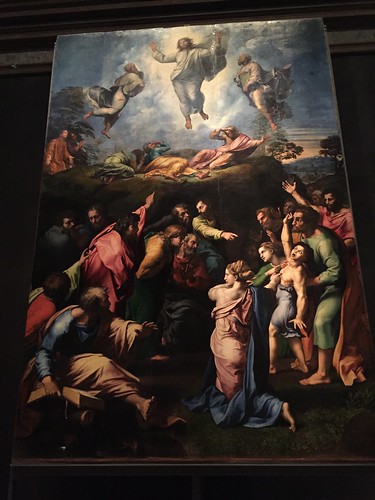 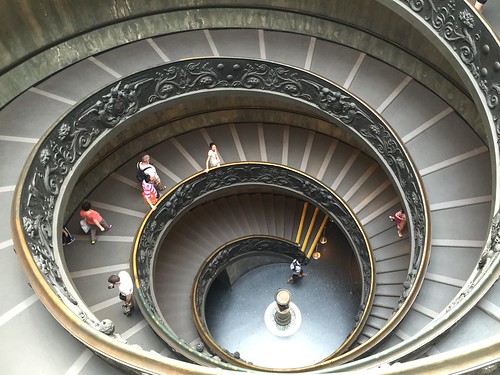 The museum tour concludes in the Sistine Chapel. I took another long rest here, sitting for about 45 minutes, listening to a recorded audio tour explain what I was looking at. I couldn’t believe that I was actually here! 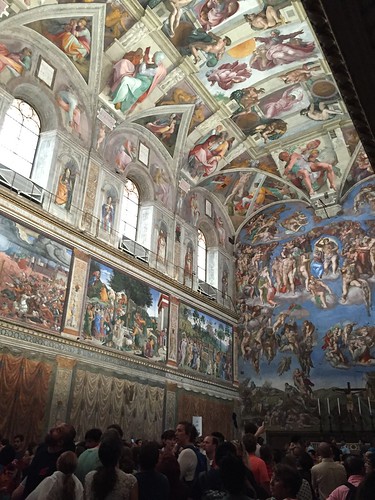 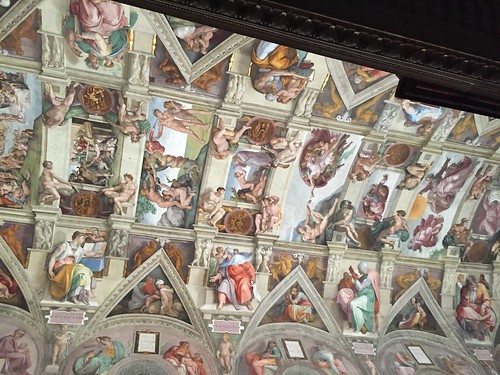 After exploring the Vatican City State quite literally from bottom to top, I was satisfied.

I took the metro back to the Colosseo stop, but before going home I headed once again into the Forum, since I’d mostly missed it the evening before. WOW. I am so glad I went back. Seeing ancient Roman sites was a priority for me, so this was definitely a highlight.

Looking down the Via Sacra. You can see the top of the Altar of the Fatherland in the distance, with its twin quadrigas. 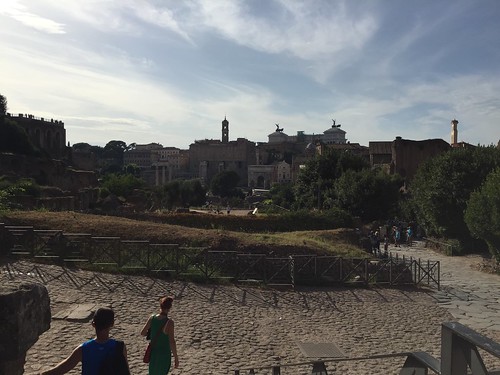 Gardens and rooms of the House of Vestals.

What remains of the steps outside the Curia, the Roman Senate. The area was fenced off; this was a difficult shot to get. 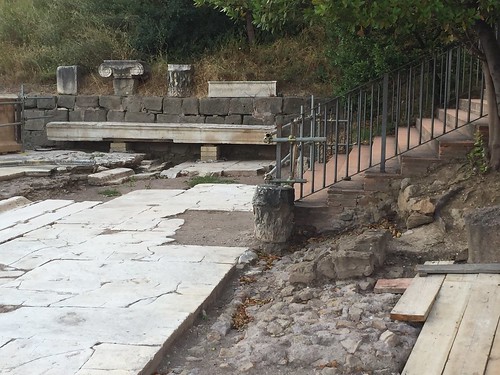 Inside the Temple of Julius Caesar. After his assassination, Caesar was cremated upon this rock. There are often flowers left in this spot. 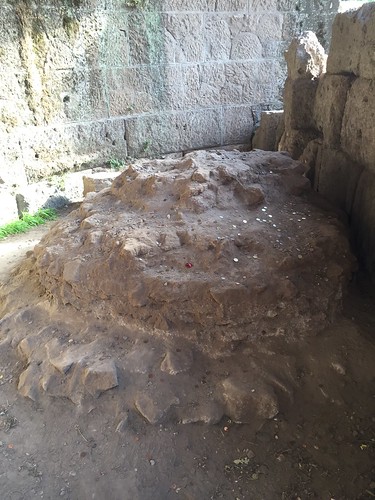 More photos can be found on Flickr, username OhMissLia. It will be some time before they have full descriptions, but they are there.

When the Forum was once again being closed, I headed “home” for my final night in Rome. After three days, I finally felt like I was getting to know the city, understand her. The not-so-great things, I found, were the things common to any large city: dirt, especially the dirt that comes with age, plus high temperatures and humidity that makes every dust speck and exhaust molecule stick to you; cigarette smokers everywhere (I even had a shopkeeper bring his cigarette in from the street, ugh); panhandlers and hawkers of junk.

Visiting Rome was quite literally a dream come true. I never saw Giorgio except as my waiter, but I am still, weeks later, wearing the string “bracelet” that the man tied around my wrist in Piazza del Popolo. When it finally wears through and breaks, I will try not to see it as losing my final tie to Roma. Eternal, indeed.

Previous Next Table of contents

Comments on this blog entry are now closed to non-Travellerspoint members. You can still leave a comment if you are a member of Travellerspoint.

If you aren't a member of Travellerspoint yet, you can join for free.